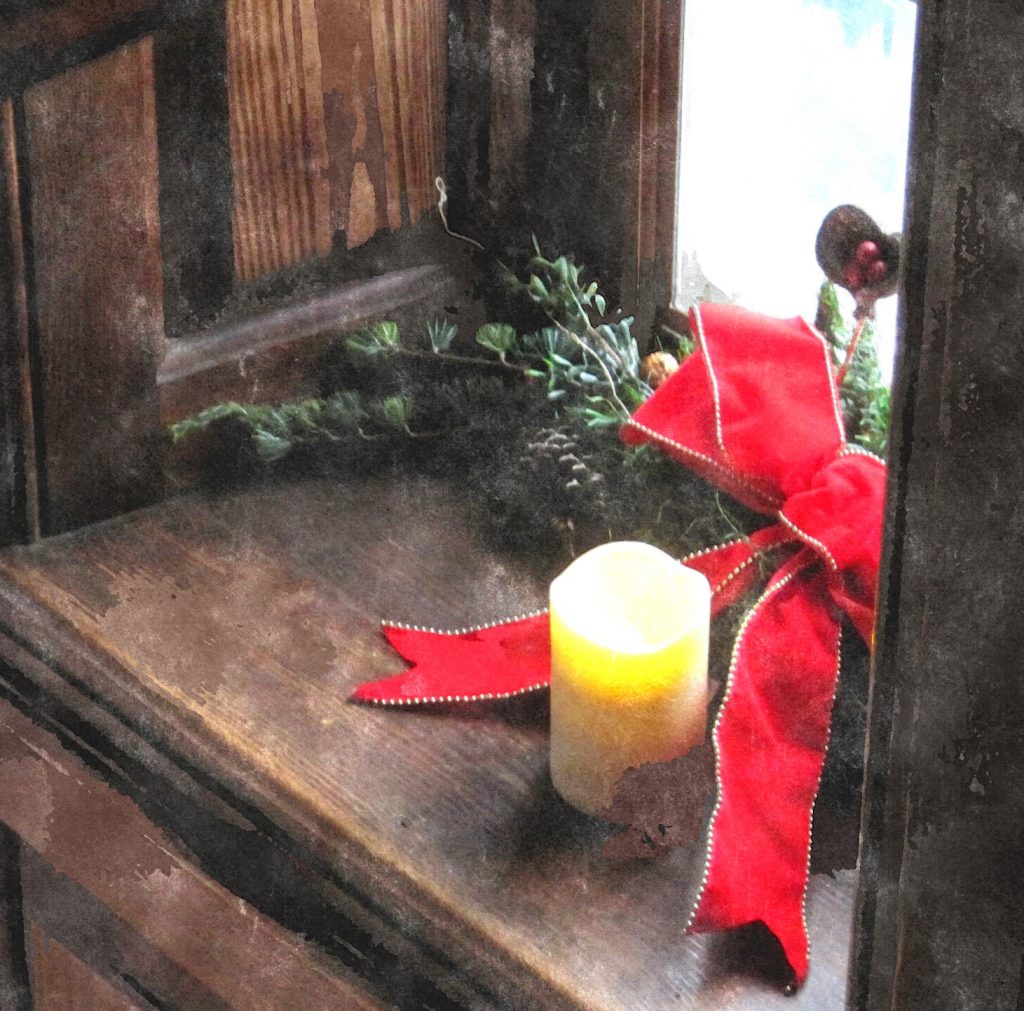 Many historic sites do Christmas programs, or maybe you just like Christmas.  The stylized image of Christmas today tends to be a mish-mash of customs drawn from many countries and religions, with Santa, lots of presents, decorations inside and outside, and Christmas trees. In early America, on the other hand, the so-called “melting pot” had yet to do its work. Customs could be very different in different parts of the country, reflecting the specific ethnic and religious backgrounds dominating in a particular area. In many parts of the United States celebrations were relatively modest, or not permitted at all.

In New England, Christmas celebrations were generally discouraged, or even illegal.  Such merrymaking was not, according to the religious views predominating, the “correct” approach 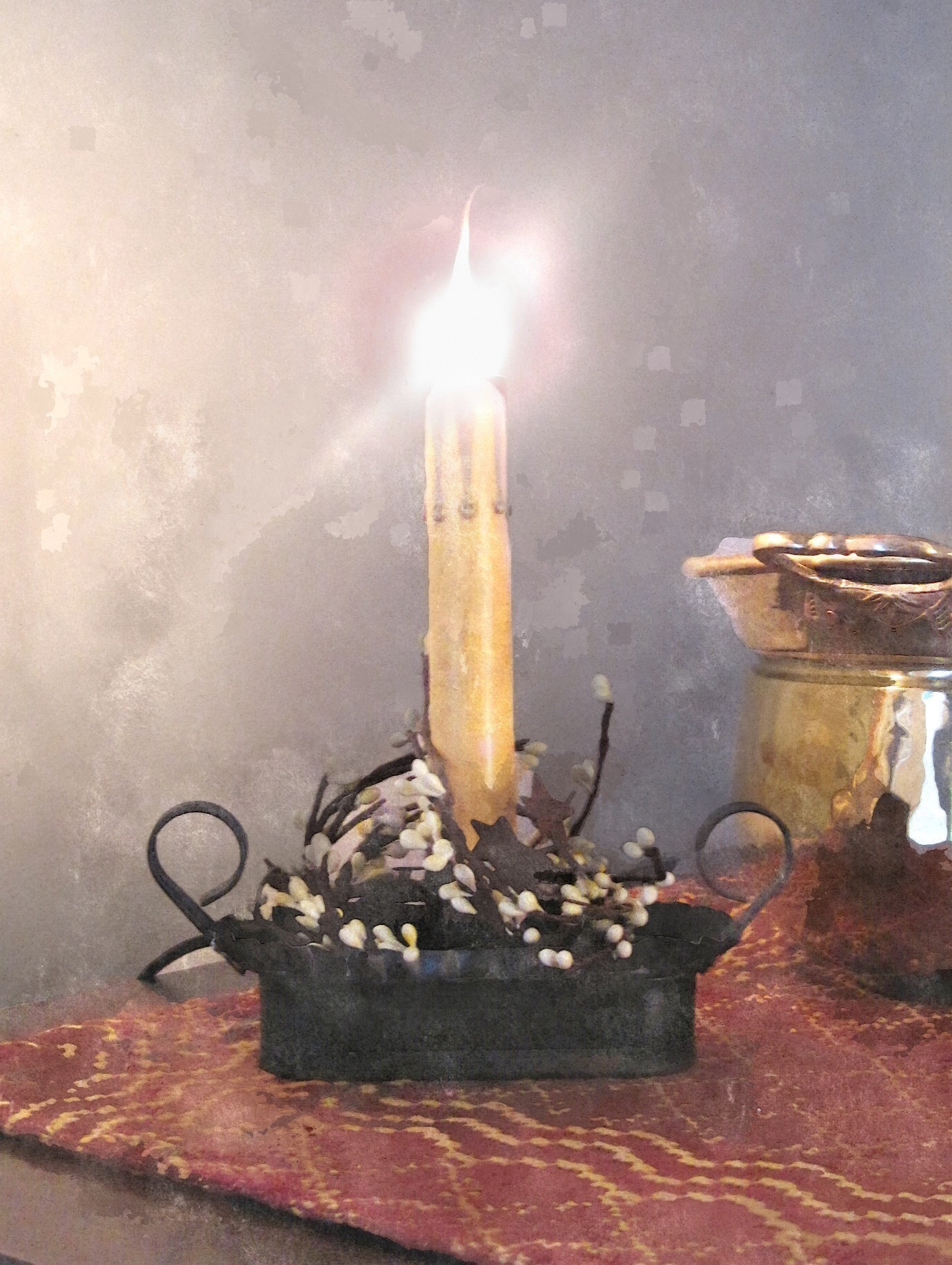 In the Quaker tradition, Christ should be celebrated every day, so Christmas Day should be nothing special. In the Calvinist Protestant and Puritan traditions, Christmas celebrations were seen as “Popish” (i.e. Catholic) or pagan. The Connecticut General Assembly forbade even reading the Book of Common Prayer, as well as more secular activities such as playing cards, making mince pies, or refraining from the usual labors. As late as the 1870s, “Boston public schools  were still open on Christmas Day . . . and missing work on the twenty-fifth of December was grounds for dismissal.” http://www.history.org/almanack/life/christmas/hist_music.cfm

In Philadelphia, where a great diversity of religious views was tolerated, celebrations were legal, but apparently somewhat restrained. Peter Kalm, a visitor to Philadelphia in 1750, writes that 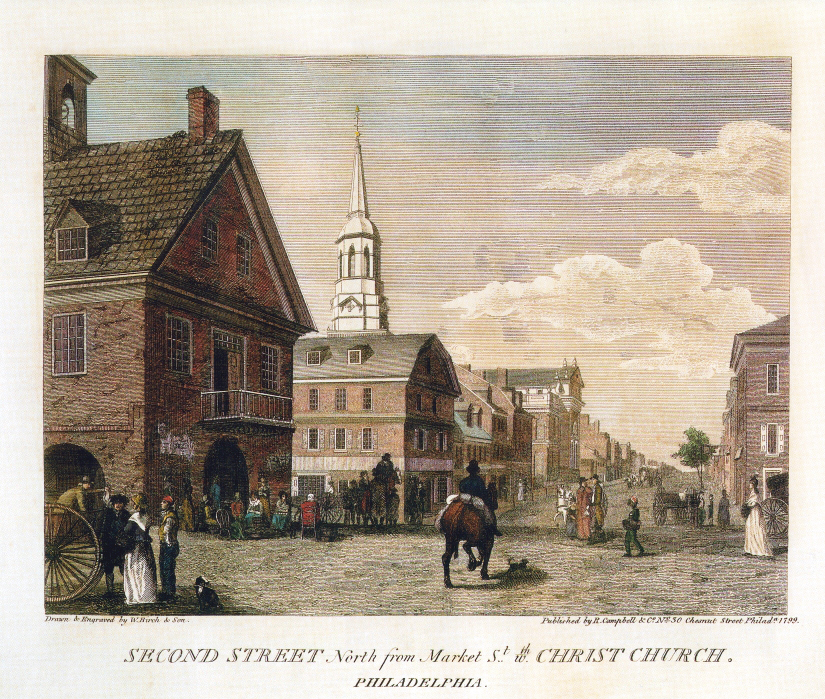 In Maryland and Virginia, where Anglican and Catholic traditions predominated, Christmas celebrations tended to be more festive. In a largely agricultural society, the Christmas season was also a welcome break from the work of farming.  Christmas wasn’t necessarily just a day, but often a holiday period extending for many days, from Christmas until Twelfth Night (January 6) when the Three Kings were supposed to have arrived with their presents of gold, frankincense, and myrrh.

It was a time for feasting and socializing, ranging from invitations to dinner or just “dropping by” to elaborate balls, with amusements such as card games, music, and dancing.

Writing in his diary on December 18, 1773, Philip Fithian, tutor to the wealthy Carter family in Virginia, describes how everyone was looking forward to the fun:

On Christmas day itself, he describes the apparently prevalent custom of firing off “Christmas guns” and giving small presents to enslaved and indentured servants.

Frequently there was a “Twelfth Night Ball” to mark the end of the Christmas season. The Englishman Nicholas Cresswell went to such a ball in Alexandria in 1775. Ever the critic of America, Cresswell was not much impressed.

One young lady, describing her Christmas in Chester Town in 1786-87, writes as follows:

In addition to dinners, balls, and going visiting, there might be outdoor amusements such as cricket or foxhunts. There wouldn’t be a “Yule log” or a “Christmas tree,” but there might be decorations of mistletoe and sprigs of rosemary, ivy, holly, or other evergreens around the house.  Other amusements might include parlor games and card games. Instructions for the popular games Whist and Loo are right here, and links to other games can be found on the Toys and Games page. Instructions for Martha Washington’s Great Cake – a perfect cake for a Twelfth Night party – can be found on the Recipes page.

In Virginia, at least, the emphasis of the Christmas season seems to have been on good cheer and good fellowship, as well as (one hopes) a measure of extra consideration for those more vulnerable. One of the best things about Christmas, for me, is that it encourages this spirit of good fellowship and concern for others – a spirit which, I hope, one that can transcend the differences that sometimes divide us.

For more information on Christmas customs in 18th century America, here are some other interesting articles.
http://www.history.org/almanack/life/christmas/hist_anotherlook.cfm
http://www.revolutionarywararchives.org/christmasthen.html
https://historymyths.wordpress.com/2014/12/21/christmas-is-it-merry-or-happy/
http://www.history.org/almanack/life/christmas/hist_inva.cfm?fbclid=IwAR0GWAyLe6tZzQZ-31jWCwEPu_jeWNDTDoEljBSdrAsU9IQXS27Y-RFZjyY