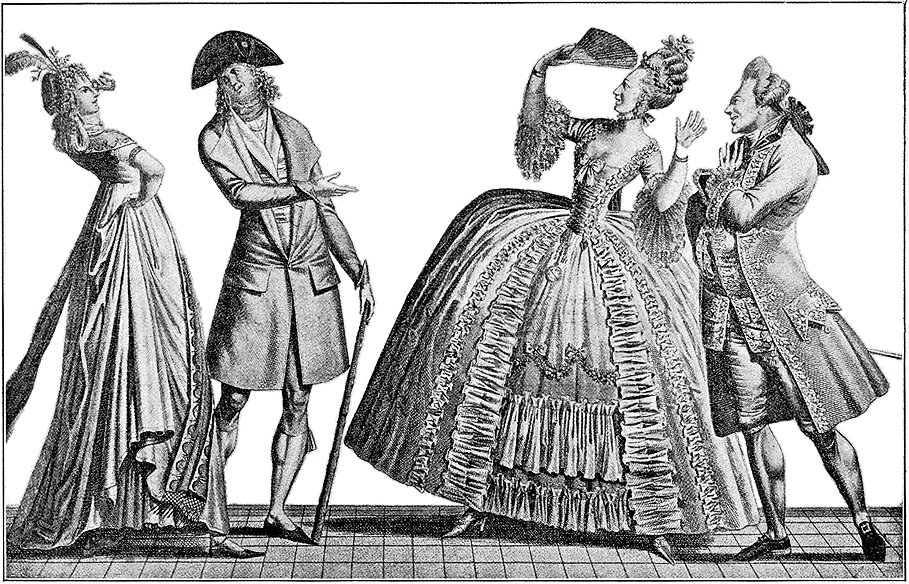 Fashions for men and women changed dramatically during the eighteenth century. In general, as the century progressed, fashions required less and less fabric and (for women especially) relied more and more on trims and other decorations, until the fairly abrupt switch to “Empire” and “Regency” fashions at the end of the century. While “common” clothing remained fairly similar throughout the period, for those who could afford it styles and preferred fabrics and colors changed with the seasons as well as year by year.

At first, those who wished to follow the latest French and English 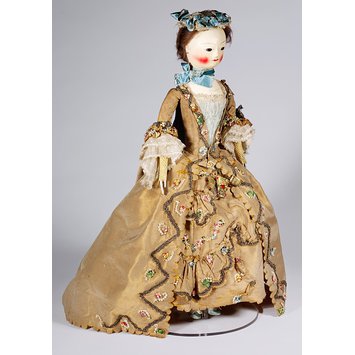 fashions relied on written descriptions, dolls with sample clothing that were shipped to the colonies, and “personal shoppers” in London and Paris who might be agents or friends. Soon, however, magazines such as the Ladies Magazine included colored plates as well. Following is a sampling of the many useful websites and images available on the internet and a short bibliography of books that we’ve found particularly useful. Pinterest has many interesting boards also – so many that we won’t attempt to list them here.

Useful Books ( A few of very very many out there.)

(A more extensive bibliography can be found at Mara Riley’s website, and the Victoria and Albert Museum has a list of 18th century fashion resources, along with- elsewhere on their website – many original garments and other useful information. Also the Metropolitan Museum in New York has put many of their fashion publications and a lot of their Costume Institute Collections online!) 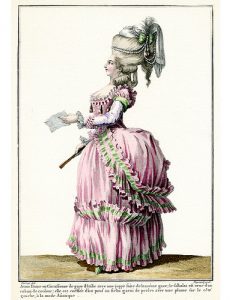