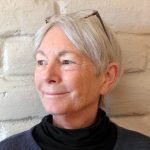 My years of research and reenacting inspired me to write historic fiction – both mysteries for adults and a “Colonial Girl” series for middle-grade readers.  Here are the books I’ve written so far.  You can find more information, along with some books by others that I particularly want to mention, and also fun resources for younger people, at my website www.Shrewsburypress.com.

When President John Adams is accused of conspiring to murder Thomas Jefferson, his dreams of a “glorious Presidency” are at stake, as well as the future of the United States. Patriots & Poisons, the first in the Founding Fathers mystery series, is set during the bitter, highly partisan political conflicts of the early American republic – a time when people could still ask seriously whether declaring Independence was a terrible mistake.

Did Thomas Jefferson murder a poor housemaid to hide his role in a treasonous conspiracy? Or to keep his relationship with Sally Hemmings from coming to light? He wasn’t the only one in 1797 Philadelphia, though, who had secrets to hide. Secrets Worth Killing For , the sequel to Patriots & Poisons, has been called “a terrific historical mystery” by The BookLife Prize in Fiction.

Amanda’s Secret, the heartwarming story of a young girl’s quest to find out the secrets of her past.

Amelia’s Dream, the sequel to Amanda’s Secret, tells the story of a young colonial girl who pursues her dreams despite her lowly status and the adverse twists and turns of her fate.

And now the third in the series, Mystery at the Raleigh Tavern, where Amanda, Amelia, and their friends Jacob and Penney solve the mystery of Thomas Jefferson’s stolen violin – and save Jacob and Jefferson too!

Set in and around colonial Williamsburg, Virginia and full of color illustrations, these stories are perfect for ages 8-12 and anyone who loves a heartwarming tale.

All books are available in paperback and ebook format from Amazon and in paperback from Barnes & Noble online, or ask for them at your favorite bookstore. They’re available wholesale from Ingram Distributors or directly from Shrewsbury Press.